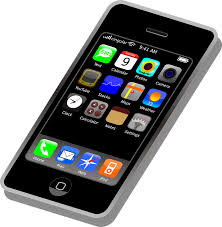 The cell phone buzzed and Amanda picked it up eagerly. She read the text and clutched the phone to her chest, ecstatic over a date with the guy she’d met at the pool party last weekend. “What would I do without you?” she said to the phone. “You’re a lifesaver.”

The phone cheeped as Amanda checked her short black hair in the mirror. She touched up her lipstick and dabbed a bit of blush on her dark cheeks. “There, that’s as good as it gets,” she murmured before tossing the phone into her purse.

She drove to a Starbucks and ordered a latte, drinking it at the table outside and checking her phone every minute to make sure she hadn’t missed a text canceling the date. She’d just scanned the screen again when a deep voice behind her said, “I hope you’re not lining up anyone else for this evening.”

Her fingertip brushed the phone’s shutter button as she moved it to her lap, and the camera snapped a photo. Neither Amanda or her date noticed as they spoke, never taking their eyes from each other. Amanda clutched the phone at first, perhaps for moral support, but the conversation flowed smoothly, and her grip began to relax.

Amanda agreed to a drive, and she settled back into the Mustang’s leather passenger seat with a happy sigh. She still held her phone, but her attention was all on the man next to her and their discussion of a funny incident that had happened to him at work.

Her voice sharpened as they reached the outskirts of the city. “Where are we heading? I thought we were going to a movie.”

The man shook his head. “Movies aren’t really my thing. I’d rather take a walk in the country.”

“You’re going to be difficult, aren’t you?” the man said. He grabbed Amanda’s phone and threw it out the window.

The cell phone ran rapid electronic calculations. The man had touched its screen, but it held off on taking a photo until it could get the back of car with its license plate in the picture frame. It captured the image just before it landed on the side of the road in loose, cut grass.

Amanda had always counted on her phone. It made a supreme effort, electrons screaming across its circuits, and sent a text.

And a reply came back.

An amber alert flashed on the freeway sign overhead, and the cell phone cheeped. Then it made certain its GPS was functioning properly. Amanda would return for it soon.