Home › My Stories › Seymour and the Head

Seymour and the Head

Posted on September 8, 2015 by cathleentownsend — 21 Comments 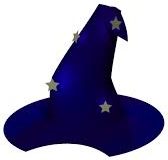 Seymour slammed his fist down on the scarred oak table, hard enough to make the grimoire bounce. To become a journeyman wizard, he needed a special spell, greater than the animated puppets or illusions he’d made thus far. He needed something good. Something new.

He flipped through the book for the umpteenth time. Spells to make crops grow, to make a woman speak the truth, to animate objects, to─wait. That could work. He had a fine touch with the puppets.

He scratched out a spell, looking for a way to combine the last two. It took several drafts, but he finally stepped back and nodded in satisfaction. Then he fetched down a brass sculpture of an old woman’s head from a top shelf, currently doing duty as a bookend.

A brush with his sleeve and the thing was shiny again. Seymour took a deep breath and began his spell before he could talk himself out of it. Each sonorous syllable rolled off his tongue perfectly. When he finished, the brass head blinked and looked around.

“And you’re supposed to be a wizard, are you?” it said, in a tone of withering scorn. It sounded just like a crotchety old aunt.

It was time to show this thing who was in charge. “Tell me when the first storm will come, that the farmers may get their crops in on time.” That would be worth a pretty penny.

The head gave him a disgusted look. “How am I supposed to know? I’m inside a room. And it’s none too clean, I can tell you. It must be at least two months since you took a duster to the place.”

Actually, it was closer to three, but Seymour wasn’t about to admit it. “Well, what can you tell me, then?”

“I can tell you a couple of those spiders are poisonous, and you’d better flatten them before they take a bite out of you. And those mouse droppings everywhere are dreadful. What kind of wizard doesn’t even have a cat?”

“That’s witches, madame,” he said in what was meant to be a dignified voice. It would have helped if it hadn’t wobbled at the end.

“And your voice is still changing. Well, get a move on. If I’ve got to be alive, I’m not going to live in squalor. Or do you fancy dying because a spider got peckish?”

Bit by bit, Seymour found himself doing her bidding. He didn’t want to die, certainly not from something as undignified as a spider bite. He’d rather go in a splendid mage’s battle, if he had to go at all.

“No, don’t shake the dust rag in the house; you’ll undo all your hard work. You shake the dust outside.” It would help if she didn’t talk to him like he was an idiot.

When he was done, Seymour said, “Fine, I cleaned the cottage, just like you wanted. Now will you tell the master wizards something important tomorrow? I doubt they want to hear about mouse droppings.” He shook his head in disbelief. He was bargaining with a brass head.

“I’ll give them as much truth as they can stand─don’t you worry.”

Seymour had to be content with that. Just getting the thing to talk should be worth something. Although getting it to shut up might be worth even more.

He waited impatiently as the other four apprentices presented their journeyman projects. None were as impressive as his, although they were all quieter. Master Blaise gave an approving nod to the lad who’d crafted a divining rod that even a child could use.

Seymour set his brass head on the table. This had to work. “Uh, please tell the masters something useful.”

“I’ll tell them something useful, all right. You in front, who drew that sigil on your robe? And why did you bother if you were going to let it get smeared with grease? The thing’s a disgrace. It’ll never work like that.”

Seymour gasped and wished the ground would open up and swallow him. But the head kept going.

“And you–with the mangy beard. A little hygiene would keep you from itching all the time.” The head went on to upbraid them all impartially as Seymour’s face got redder and redder.

Master Blaise cleared his throat. “I think, under the circumstances, that another project would be more appropriate to demonstrate your skill─”

“Oh, no, you don’t,” the head cut in. “Seymour demonstrated journeyman ability. He made an object that functions independently of any magic user.”

Seymour sidled to the table and collected the head. He would’ve felt better about the whole thing if he could get his face to return to a more normal color.

He went to bed early, uncertain if he could even set up shop on his own with a head that drove all the customers away.

Seymour sat up and rubbed sleep from his eyes. Even when the thing whispered, it was bossy. “What─”

“Quiet. There’s a man outside, and he’s not here to buy a spell. He’ll rob you and murder you in your bed if you’re not careful.”

Seymour stood, all thoughts of sleep gone. “What should I do?”

“That’s a good lad; just listen to me.” The whispered voice was kind for a change, as the head talked him through picking up the poker and standing behind the door. Seymour clenched his knees together to keep them from knocking.

The door inched open, and the poker slammed down on the back of the man’s head with a sickening crunch. He dropped like a stone, and Seymour tied him. “Now what?”

“We wait for a more civilized hour so the constable can hang him. What else?” The bossy elder aunt was back.

The head smiled. “I knew you had potential. Now go comb your hair.”

If you enjoyed “Seymour and the Head,” you can pick up a free copy, along with eleven other stories, here:

21 comments on “Seymour and the Head”