This review is a double-header. I started with Bigfoot, and it made me curious enough about the author’s work to go back for seconds. : ) 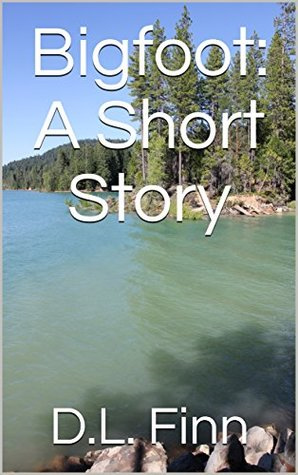 Is Bigfoot real? The only witnesses who seem to believe it are usually quoted in newspapers that feature Elvis sightings and UFOs. When was the last time you went to a party and some ordinary Joe pulls up a chair and says, “Guess what? I saw a Bigfoot today.”

Never, right? Well, maybe you go to the wrong parties.

Because that’s exactly what happened to an ordinary guy who was simply trying to find a friend’s address. His friend had moved to Florida suddenly, and he was hoping to get together with him.

Then he found out why his friend had moved without leaving a forwarding address. And he also discovered a whole lot more…

Bigfoot is a fun short story, a quick read that asks a plausible question. So, if you’re looking for something that combines tabloid staples like government cover-ups, UFOs, and aliens living among us, look no further. Go grab a copy of DL Finn’s Bigfoot.

Actually, I’m jealous of this one. I’ve wanted to write a Bigfoot story for some time, and I haven’t been able to pull one off yet. So I asked DL Finn herself what her inspiration was for her version.

She answered: “I read a newspaper article in the 1990s about a lake in California being filled with poison to kill an invasive fish, the pike. That fateful event clung to my thoughts and transformed into a what-if. Maybe it hadn’t been done to kill fish, which led me to wonder what they wanted to kill? Of course, my first thought was Bigfoot, who roams around the mountains in Northern California and other places. Then my mind took off in another direction with more questions, including why no one had ever found remains of this legend or why they wanted to poison this creature? I resolved my what-ifs and whys in my short story about Bigfoot.”

Personally, I think anyone who would poison a lake like that should be shook until their teeth rattle, but that’s neither here nor there. I like Ms. Finn’s Bigfoot story because it’s easy to be unintentionally comic when writing about tabloid fare, and I hadn’t figured out a way around it. She solved that problem by keeping Bigfoot off-screen, focusing on the people who were affected by a real-life Bigfoot, and I thought it was a brilliant solution. 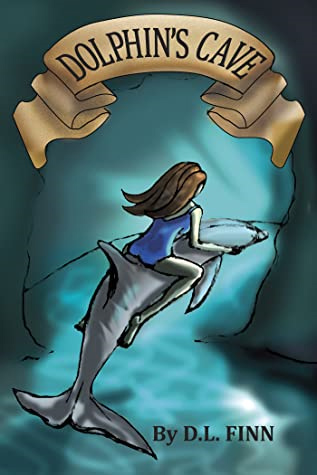 When I was a girl, I was fascinated by dolphins. So, when I saw this cover, I knew I had to read the book.

When I asked Ms. Finn how she came to write it, she said, “Dolphin’s Cave was originally a short story about a young girl, Coral, being pulled underwater, and instead of drowning, could breathe. Then she rode a dolphin to a special place within a cave. Years later, I expanded on that moment and it became a dream. Coral developed into a character I wanted to be. I could easily imagine discovering a magical world on the back of a bottlenose dolphin or exploring the ocean depths. Since I wasn’t gifted with breathing both water and air, I settled for writing about it and honoring the dolphin with my pen name, D.L. Finn. This is a story close to my heart for many reasons, including my love of dolphins and wanting to be a marine biologist when I was younger. Yet, I ran into one issue. There were others, besides me, who wanted what Coral had, and those people weren’t so nice.”

Coral has always wanted to go to Hawaii, ever since her parents died there when she was only a kid. A recurring dream has visited her every night since—she rides a dolphin to an underwater cave. Only there will she find the answers she seeks about her parents’ death. But she always wakes up before she discovers what really happened.

Shortly before her sixteenth birthday, she’s thrilled to learn her aunt and some friends are taking her to Hawaii for Christmas. Coral loves the ocean, and she doesn’t get to see it very often, living as she does in a desert near Reno, Nevada.

But once they arrive in Hawaii, disquieting events steal some of her joy. Her aunt has met a new guy—nothing wrong with that—but this one seems to be nothing but a weasel. When Coral’s aunt nearly gets run over in the street, he merely stands there and watches. And everywhere they go, people seem to be taking their picture. Not just catching them in group photos, but specifically shooting photos of them, as if they were celebrities or something.

But then matters turn dangerous. Her aunt is hospitalized, the result of a near-fatal car crash. Coral can’t afford to ignore all the strange things going on anymore, or some of them may never make it home…

Dolphin’s Cave is a YA coming-of-age story that should appeal to fans of teen fantasy adventures, especially ones who love dolphins.

If you want to learn more about DL Finn’s books, you can find her on goodreads, Amazon, and her website.

28 comments on “D.L. Finn, author of Dolphin’s Cave and Bigfoot”