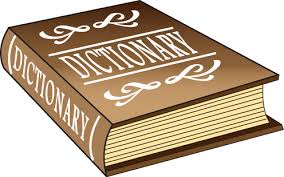 Part of being a writer is expanding your knowledge of our craft. A better vocabulary about the technical aspects of writing can help you to become a more proficient wordsmith. It’s very difficult to speak intelligently about something if you lack the proper words.

I found these definitions via a tweet from Jenn Flynn-Shon (@jennshon), and I thought I’d share the best of them with you.

It’s well worth checking out the original article for the full list, especially since they’ve got more useful writing posts in their menu.

Alliteration: The repetition of the same sound in successive words, usually, but not necessarily, at the beginning of words: Blown buds of barren flowers…

Apostrophe: A figure of speech in which the absent is addressed as if present, the dead as if alive, or the inanimate and abstract as if animate and concrete: Come, Sleep; O Sleep!

Coherence: The arrangement of ideas in such a way that the reader can easily follow from one point to the next.

Deductive reasoning: The act of reasoning from a general idea to a specific point or conclusion.

Emphasis: Placing greater stress on the most important idea in a piece of writing by giving it special treatment; emphasis can be achieved by placing the important idea in a special position, by repeating a key word or phrase, or by simply writing more about it.

Expressive writing: Writing in which the author’s primary purpose is to describe or communicate personal feelings, attitudes, and opinions.

Figurative language: Language that goes beyond the normal meaning of the words used; writing in which a figure of speech is used to heighten or color the meaning.

Hyperbole: A figure of speech in which there is conscious exaggeration for the sake of emphasis: His hands dangled a mile out of his sleeves.

Idiom: A phrase or expression which means something other than what the words actually say. An idiom is usually understandable to a particular group of people: Up the Boohai (a New Zealand idiom meaning “all wrong.”)

Inductive reasoning: Reasoning which leads one to a conclusion or generalization after examining specific examples or facts; drawing generalizations from specific evidence.

Inverted sentence: A sentence in which the normal word order is inverted or switched, usually so that the verb comes before the subject.

Irony: A figure of speech in which what is meant is emphasized by asserting the opposite: You’re going to love what the wrecker did to your car.

Jargon: The technical language of a particular group that is inappropriate in most formal writing since it is frequently not understandable by those outside the group. 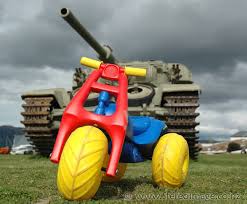 Juxtaposition: Placing two ideas (words or pictures) side by side so that their closeness creates a new, often ironic, meaning.

Loaded words: Words that are slanted for or against the subject.

Malapropism: the usually unintentionally humorous misuse or distortion of a word or phrase; especially the use of a word sounding somewhat like the one intended but ludicrously wrong in the context (Merriam Webster): “The police are not here to create disorder, they’re here to preserve disorder” (Richard Daley, former Chicago mayor).

Metaphor: A figure of speech that makes an implied comparison of two unlike things by declaring them to be identical: The ship plowed the seas.

Metonymy: A figure of speech in which one word is used in place of another word that it suggests: He loves to read Dickens (Dickens’ work); or the substitution of the part for the whole – I saw fifty sails (ships with sails).

Modifier: A word, phrase, or clause that limits, alters, or describes another word or group of words.

Onomatopoeia: The use of words in which the sound suggests the sense: The silken, sad, uncertain rustling of each purple curtain…

Personification: A figure of speech in which abstract qualities or inanimate and natural objects are given the attributes of human beings:Virtue is bold and goodness never fearful. 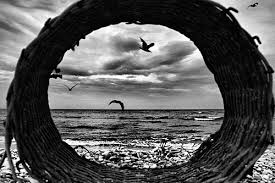 Point of view: The position or angle from which a story is told, for example, first-person (“I”), third-person (“he”).

Prose: Writing or speaking in the usual or ordinary form; prose becomes poetry when it is given rhyme or rhythm.

Simile: A figure of speech that directly compares two unlike things, using words such as like, as, or than: The fallen leaves wandered like lost children through the empty streets.

Theme: The central idea in a piece of writing (lengthy writings may have several themes); a term sometimes used to describe a short essay.

Thesis statement: A statement of the purpose, intent, or main idea of an essay.

Tone: The writer’s attitude toward the subject; for example, a writer’s tone may be light, serious, sarcastic, tongue-in-cheek, solemn, or objective.

Topic: The specific subject of a piece of writing.

Topic sentence: The sentence that contains the main idea of a paragraph.

Transitions: Words or phrases that help clarify the relationships between ideas and tie them together, for example, nevertheless, moreover, most important, as a result.