Lessons Learned in a Thousand Tweets 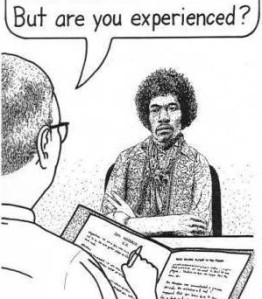 I’ve made my thousandth tweet, so I’m feeling more experienced about Twitter. I thought I’d pass on the things I’ve learned so far.

DMs (direct messages): These are really only for someone with whom you have a pre-existing connection on Twitter. If you’re just thanking them for following you, retweeting you, etc., put it in the main feed with their Twitter name at the beginning.

I know, some of you are thinking, hey, I can’t even thank someone for following me? But the problem is that people spam with these things all the time. It’s usually a message to follow their Facebook, buy their book, etc. After a while, people get burnt out, and like me, they quit checking their direct messages.

Your Twitter feed that any user can pull up only includes your general messages and RTs (retweets). That’s all. I just figured that out this past week.

It came as a surprise because I always spend time engaging whenever I’m on. But I’m a responder. I see someone’s tweet and I reply to it. I’ve gotten into

some great conversations this way, and made some Twitter friends whose company I really enjoy. But none of that shows up on the feed that anyone pulls up to see if I’m a real person. I still don’t like just jumping out there with too many random comments, but I’ve made an effort to retweet more, especially on #1linewed, where people are tweeting a line from their stories. Some of those retweets have turned into conversations, too.

And I haven’t stopped replying to others’ remarks. I just bear in mind that this won’t be enough by itself to let someone know I get on Twitter and actually use it as social media.

Spammers–all I can say is wow. I unfollowed a guy today who was incredibly blatant about it. I checked his feed, and it had a tweet to the effect that he couldn’t wait to get rich so he could quit spamming his book on Twitter.

As a caveat, for me spamming doesn’t include people who promote their blog. There are plenty of people whose blogs I check just because the content looks interesting. I’ve never interacted with them otherwise. So if you have a blog with good content, you should be able to promote it far more often than you would a book.

And I’ll offer another piece of info I’ve found, although you might want to see if it applies to you. People read my blog from tweets only up until about 2pm (I’m on Pacific time), and the best hours are in the morning. So I don’t bother promoting my blog after that. Those who are interested have already looked, and everyone else doesn’t have to see it in their feed and disregard it. So I use evening hours for writing more blogs, not for promoting them.

Double check your tweets. Before you hit that button, read over your tweet one last time. Especially if you’re a writer, you’re trying to promote yourself. Check for typos, misspelled words, grammar and punctuation errors–the whole bit. Every time you tweet, you’re showing everyone on Twitter what kind of writer you are.

Leave them with a good impression.

4 comments on “Lessons Learned in a Thousand Tweets”