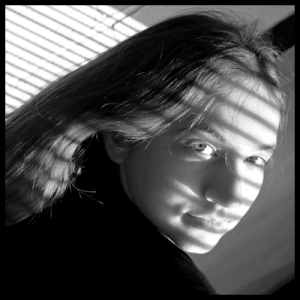 Stephanie Flint is the author of 1000 Words: A Collection of Short Stories (written under her maiden name, Stephanie Bibb), and Ashes, a prequel short story. She writes fantasy and science fiction. Her next book, Magic’s Stealing, will be available Fall 2015.

I usually have quite a bit planned out ahead of time. Before I write, I often daydream through the same sequence several times in order to pinpoint the little details: what the weather is like, lighting, how the area smells, what the point-of-view character feels… etc. Not all of those details work their way into the final scene, but having an idea of the scene helps me maneuver the characters through it believably.

As for the world as a whole, I started the basic concept for Magic’s Stealing years ago, so I’ve had time to build up the world. At the time, I daydreamed while listening to music, especially on the bus for speech and debate trips. When something neat came along that interested me, I wrote that direction to see where it took me. This resulted in a some major tangents, which I cut when I wrote a new rough draft, but those tangents sometimes proved to be a crucial element.

So I had the majority of the world-building prepared before I started Magic’s Stealing. But each story is different, and for my other stories I’m working on, the ones I write with my husband, Isaac, we’ll often discuss how a world is set up and why the culture is the way it is, along with doing role-plays to see how a character might react in a certain situation. 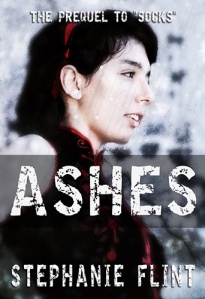 For Magic’s Stealing, it’s a toss-up between Shevanlagiy and Siklana. Shevanlagiy is the antagonist, but she has a far-spanning back story that I’m excited to weave into the overall narrative. She’s a mystery to the gods of the kingdom, who don’t know where she came from, and thanks to an incident in her past, she can’t die. The goddess of death won’t let her into the afterlife. But Shevanlagiy is willing to destroy everything in her path to keep the main character’s best friend out of harm’s way… which both hinders and helps the guy she’s working with.

As for Siklana, she’s the main character’s sister. The reason I like her is because she was almost non-existent in the rough draft I wrote several years ago, but when I realized I should address what happened to her, and she decided to tag along and make herself useful.

For my fantasy stories, I’ll often go with the first thing that comes to the top of my head… or the second or third if I don’t like the first. When I was working on revisions, I tinkered with a few of the names to make them better fit the context of the story or to make them less confusing. If I’m loosely basing names on a particular culture, I’ll read through ‘baby name’ lists, get a feel for the sound of the names, then tweak the names to the sound I want for my story.

A lot of times I’ll take a walk or daydream. I’ll try to reason out what I know needs to happen. If I can’t figure it out myself, I’ll talk to Isaac, giving him the basic details and seeing what he suggests. Other times I’ll work on something else for a while. I’m in the process of illustrating cards for a table-top card game my husband created, so that gives me something else productive to work on while I’m trying to plot. If all else fails, I skip the scene and write the next one, then come back and write a forced scene later… which may go through heavy edits during the revision stage.

Who are your writing heroes and why?

I’m a fan of Brandon Sanderson’s work, and I was really lucky that he was at ConQuest this year. I was able to get books signed by him (Mistborn, Firefight, and

Perfect State). At the convention he pretty much said that he writes fantasy for the people who have read too much fantasy, and it’s true. He has amazing stories
with awesome world building and magic systems, and some really exciting scenes and plot twists. He’s also a great speaker, so if you write fantasy and if you have a chance to hear him speak, I highly encourage you to go. I came away from that convention with so many useful tips that I’m not sure what to do with all of them.

The individual 1000 Words short stories can be read for free on Smashwords: https://www.smashwords.com/profile/view/stephanieflint