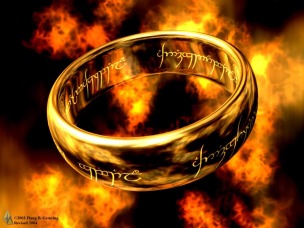 So, you’ve got your story idea, and it’s a good one. Now you want to write it up and do it justice. Being smart, you’re going to learn about story structure first, so you don’t write 80,000 words and then discover your story is flawed. (I’ve seen this happen far too often while critiquing queries.)

You’ve made a stab at a hook, and now you’re off and running. Act one can start in one of two ways. You can begin with a short slice-of life (as long as you also show that something is wrong with it), or with the inciting incident.

The everyday life sequence is optional. I tend to write it on my first drafts, and I’ve had to cut it. On my last novel, I tried leaving it out, and I had to add it back in. Don’t worry too much about it at the draft stage–just know what it is. In Star Wars, Luke is tired of the farm and longs for a life of adventure. In a love story the protagonist is either shown in a life without love, or with an entirely unsuitable one. Think of Belle, singing about her provincial life in Beauty and the Beast. Don’t let it go on too long, no more than eight percent of your story. Less is more here.

The inciting incident is what jars your character from their everyday life. In a murder mystery, it’s when the first body is discovered or the detective is hired. In a romance, it’s when the two love interests meet. In The Lord of the Rings, it’s the scene where Frodo learns he has the One Ring. When Katniss’s name is drawn at the reaping, that’s the inciting incident for The Hunger Games.

The inciting incident is also known as the call to action, if you’re using the Hero’s Journey framework. It’s not something your character does, at least not intentionally. It’s something that happens to your character. Your protagonist will spend the rest of act one struggling to accept this event. They may even resist it, if they can. Luke initially told Obi-Wan he wasn’t going to leave with him.

In a screenplay, coming to grips with the inciting incident will take you up to 25% of your story. Novelists have a little more wiggle room, but unless you have fantastic narrative material, it’s usually best to view this as the upper limit. If you blow past it, try not to go too far—and have an excellent reason for doing so.

The inciting incident is also a perfect place to introduce your stakes, unless you have already done so in your slice-of-life introduction. In a murder mystery, if the detective does not solve the crime, the murderer goes unpunished, and is free to commit other murders. If Frodo doesn’t take the Ring to Mordor, the Dark Lord will rule the world. If Katniss doesn’t get her act together fast, she’ll be murdered by the other tributes in the Hunger Games.

Don’t wait for act two to get your stakes out there. Stakes are why readers care about your character. If the character has nothing to gain or lose, people will lose interest in your story.

The inciting incident is not the end of act one. That happens when your character makes a choice. This is also called the point of no return or crossing the threshold.

Next: Three Act Structure–Act One: The Point of No Return