Query for Hans and Greta

Posted on November 3, 2016 by cathleentownsend — 20 Comments 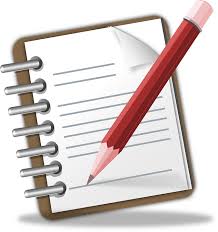 Since I’ve recently posted about querying, I thought some of you might be interested in the actual query I sent. I had a lot of help with this, by the way. It took 250 posts total on the online subforum at Absolute Write, called appropriately enough, Query Letter Hell. I’d like to thank everyone again here who helped me with it.

My default query (in the absence of other stated preferences):

In fairy tales, good always triumphs over evil and unhappy children find a loving home. But for Agneta, life is no fairy tale. The Great Depression has stolen her father’s job as an architect, and her mother has sold her soul to a fire-and-brimstone church. Agneta struggles to make their home a safe place for Hans. All she asks is that he be spared the beatings with her mother’s wooden paddle.

After a beating so severe, even their father can’t ignore it, Agneta and Hans take refuge in the nearby foothills. At first their father visits several times a week. Then they see him only on Sunday afternoons. And finally, not at all.

Hungry and alone, the children shiver as the coyotes howl outside their tent.

But then they meet Mr. Dunne, dressed in old-fashioned breeches and coat. No taller than Hans, Mr. Dunne can walk unseen through the town streets. Locks cannot hold him. He helps them build a wattle-and-daub cottage, teaches them to grind acorns, and shows them where to gather berries.

But he can’t bring their father back.

If Agneta wants a happily ever after, she must find the courage to stand up to the mother she still fears. In the real world, sometimes people have to fight for their happy ending.

Hans and Greta is a 118,000 word YA historical fantasy, the first in a series, although it can stand alone.

My short stories have been published in anthologies by Raven International Publishing, Thinkerbeat, and Story Emporium. They have also appeared in the e-zines Every Day Fiction and Fantasia Divinity, and I blog still more on my website. I also have seven other completed novels.

Thank you for your time and consideration.

Sometimes they’d want the intro paragraph to have all the stats for the story, so then I’d move this one to the front:

Hans and Greta is a 118,000 word YA historical fantasy, the first in a series, although it can stand alone.

Then there were a couple sites where I needed a super-short query. They stated that they wanted only a logline followed by six (!) sentences (not including bio). Eek. This is the one I used:

The Great Depression has sent Agneta and Hans’s family into a downward spiral that results in the children being abandoned in the Los Angeles foothills.

At first their father visits several times a week. Then they see him only on Sunday afternoons, and finally, not at all.

Hungry and alone, Agneta and Hans shiver as the coyotes howl outside their tent.

If Agneta wants a happily ever after for her brother, she must find the strength to stand up to the mother she still fears. Mr. Dunne will help them to survive, but he can’t bring their father back.

In the real world, sometimes people have to fight for their happy ending.

Anyway, I hope this was helpful and/or interesting. I don’t actually have very high hopes, even though I think it’s a pretty good query. The big problem is the word count. Having 118,000 words when most don’t want to risk going over 100k isn’t a very hopeful prospect. And while I’ll cheerfully admit it might be possible to cut more out of it, this is the best that I and some significant beta talent can do for now.

It’s one of those catch-22s. I think I might be able to get it shorter if I had professional editing, but I doubt trade publishers will be interested at the current length.

But I was advised to try querying it on the online writers group I’m a part of, Absolute Write, so I thought I’d give it a shot. I actually have higher hopes for the next novel I’m querying, Bellerophon, since it only has 70,000 words. But I’d love to find a trade publishing home for this one, too.

20 comments on “Query for Hans and Greta”