Home › Writing › Point-of-View–Which One Should I Use?

Point-of-View–Which One Should I Use?

Authors have many options when it comes to choosing the character lens through which readers will view their stories. Each one has its own strengths and pitfalls. 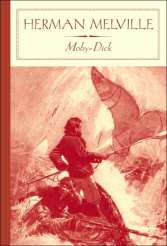 First person–this happens to by my go-to POV, the one that I feel most comfortable with. There’s nothing quite like the immersion you get reading as the main character. In my opinion, this POV will take you deeper into the character than any other. Much of Robin McKinley and Roger Zelazny’s work is done in this POV, as well as classics like Moby Dick.

Of course, this comes with drawbacks. When you get greater depth, you sacrifice breadth. You must be able to tell the entire story through this character’s eyes. No switching characters to spice the narrative up, unless you do an alternating first person, and then (again my opinion) it’s best done in chunks, not by chapter. I’ve read books done well which start with one character, have two more in the middle, and end with the same character they began with. But most first-person books stay completely with one character. It’s their story.

Also, this is an easy POV to violate. If your character can’t see it or feel it, you can’t tell us about it. Other character’s thoughts need to be conveyed through dialogue.

And you have to be careful with the repetitive I. First drafts can have a lot of paragraphs and sentences starting in I, and it’s a thing that catches the eye, and not in a good way. It may cause you more work in revision to deal with this.

Second person–I was going to skip this entirely, but I actually read a post on AbsoluteWrite that did a good job of it. In the story, a gal was breaking up with her husband, and she completely carried the short internal dialogue using ‘you,’ and did it well. But the piece was something like seven hundred words. If you really have something you want to write using the word ‘you,’ (like this sentence), go ahead and do it. But be advised that it’s an automatic pass for many editors, and many readers dislike it. In general, I’d advise keeping it to short stories or nonfiction.

Third person omniscient–this seems to be somewhat unfashionable lately, which I think is a shame. It’s the ultimate POV for breadth. The story is told from the POV of the narrator, and they can dip into any character’s head any time they want. Many classic bestsellers are written in omni–Christmas Carol, The Hobbit and The Lord of the Rings, Pride and Prejudice, Harry Potter, and all of Terry Pratchett’s Discworld books. The narrator can have so much personality that (s)he is a functioning character in their own right, like Dickens in Christmas Carol or Tolkien in The Hobbit. They can be more subtle, like Jane Austen or Rowling. Or they can occupy a more middle ground, like Pratchett does. It’s all about what will work best to tell your particular story.

As far as disadvantage go, I’ve heard the phrase, “With great power comes great responsibility,” applied to this POV. Just because you can dip into a character’s head any time you want, doesn’t mean you should. Unless you truly have strong feelings about trying this, I’d recommend writing in first or third limited first. And I’ve never felt that omni distanced me from the characters, but some do.

There’s also a form of limited omniscient, where the narrator knows everything about one or some of the characters, but not all.

Third person limited–appears to be the go-to POV for most of the authors out there right now. I think of it as a compromise POV. Authors use it to tell a story through one pair of eyes at a time, typically not changing characters until a scene or chapter break. It has more breadth than first, greater depth than omni. There are those who feel it can be just as immersive as first–I don’t agree, but you might. I also don’t agree with having a great number of POV characters, but George Martin did it, and his sales speak for his ability to find readers with this technique. I’m not a fan personally, but it’s undeniably popular.

On the other hand, you might want to work up to it. Write a story with just one to three POV characters first, before you try to get us to care about a cast of ten or twelve. It’s important not to bite off more than you can possibly chew. A stretch is fine, but it’s better to succeed at a less ambitious project than to fail with one that’s out of your reach.

I usually try new things, including POV, with short stories first. That way, if you decide midstream that you’d be better served with, say, first instead of third limited, changing it is no big deal. Changing the POV of an entire novel is a much greater undertaking. Refining your skills in short stories first can give you greater confidence when it comes to tackling a larger project like a novel or novella.

But do whatever works best for you. The important thing is to keep writing.

3 comments on “Point-of-View–Which One Should I Use?”